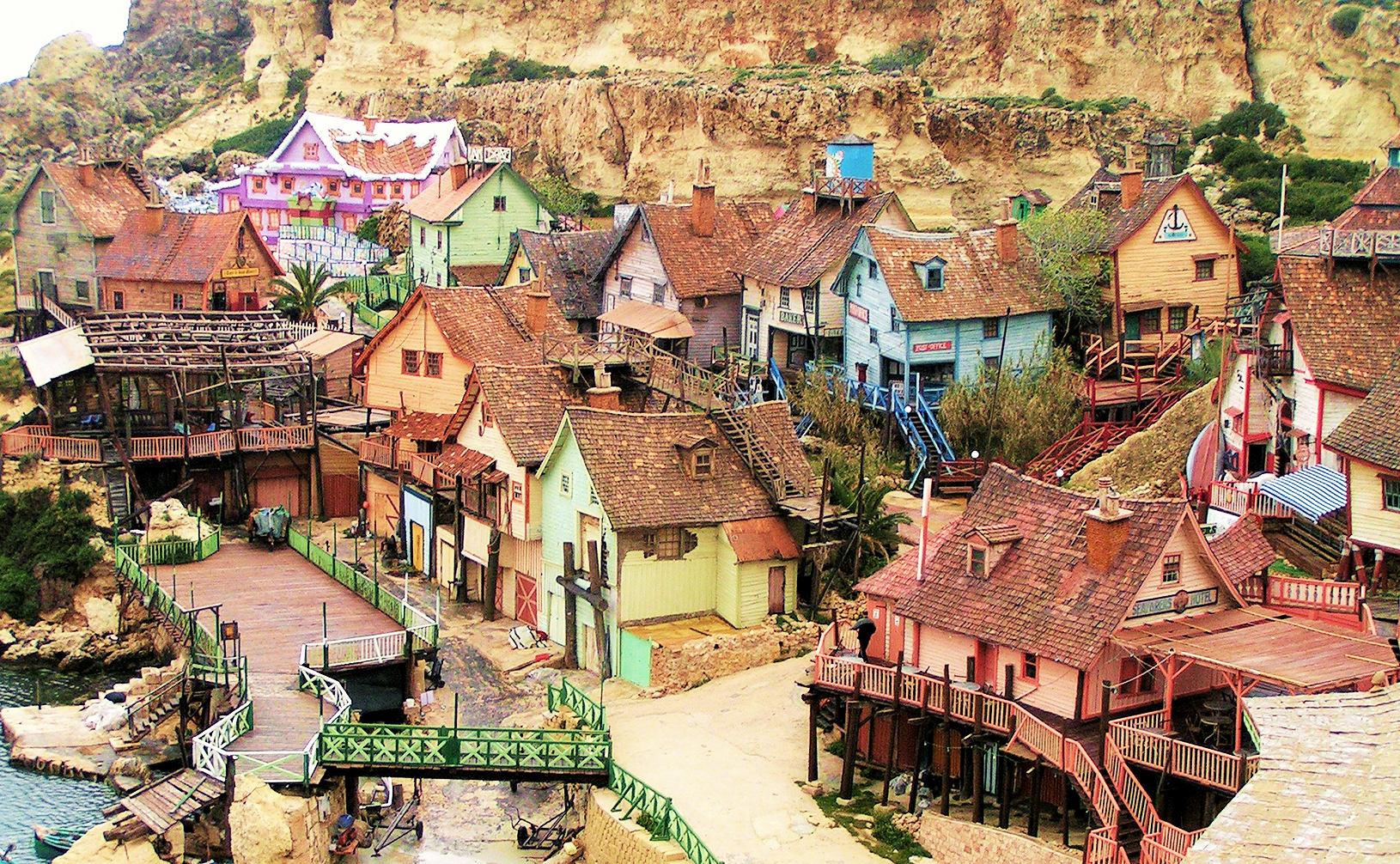 “SWEETHEAVEN VILLAGE”, the Film Set of the 1980 Musical Production “Popeye”, also known as “POPEYE VILLAGE” was constructed in Anchor Bay during the last 7 months of 1979.

To construct this authentic wooden village, tree trunk logs were trailered overland from Holland, and wood shingles, used in the construction of the roof tops, were imported all the way from Canada. A 165 international construction crew consumed eight tons of nails and two thousand gallons of paint to finish off this massive Set.

No less than 20 wooden structures had to be built. Before construction could begin, an access road leading to the Set had to be constructed. The film was not successful but the film set, also known as ‘Popeye Village’ today is one of Malta’s major tourist attractions.